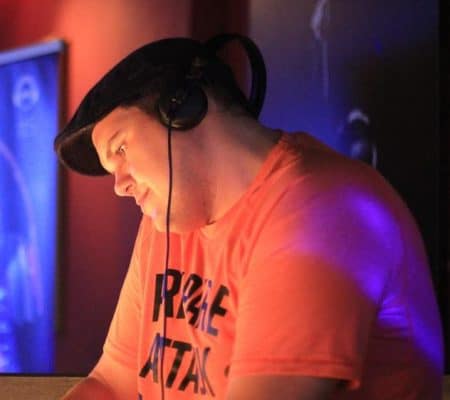 A true Essex boy, Marc Tanner has been DJ’ing for 13 years, rocking successful residencies in London, Dubai and the music mecca that is Miami. In his teenage years he worked behind the counters of some of London’s most prominent and influential record stores, promoting the soulful house sound and building valuable relationships with record labels and industry insiders all across the country. By having access to the top promos and white labels in London at that time, he was able to impress both the promoters and clubbers alike in the venues he managed to blag his way into.

Having quickly made a name for himself, Marc was given supporting slots at some of London’s most hyped nights for labels such as Defected, Fluential and Nocturnal Groove to name a few. After breaking into the London house music scene, Marc went on to set-up and run one of London’s most popular pirate radio stations over the next four years, showcasing the weeks best Soulful and Funky house sounds of the moment on his Friday night SouledOut Sessions show. Years later he would take that same style around the world as he took up successful residencies in Dubai, and Orlando, and served as official resident DJ for the UK leg of the Red Bull Air Race in London.

Having played for labels such as Hed Kandi, Defected, Azuli, Strictly Rhythm and Bargrooves, in venues ranging from the stylish back street bars of London’s Soho to the Ministry of Sound, Pacha and the dizzy heights of organising pool parties for the rich and famous of Miami’s South Beach, including telling Mel Gibson off for spilling his beer over the decks once during a boat party! Marc has had experience and exposure in some of the best venues around the world to date, and learned from every one of them that the opportunity is merely not enough, it’s the passion and performance that counts.

Now living in Kuala Lumpur, Marc is ready to bring his stylish, soulful house vibe to Malaysia and establish himself as a face to be trusted behind the decks of any sexy venue.